The past 2 days have been a blur.  I'm writing this more as a therapy than anything else.  I can't imagine what victims and their families and friends are going through right now.
In the past 2 days I  have had 2.5 hours of sleep and have been spending the rest of the time storm chasing or on air at the news station.  The fog is starting to lift and now reality is setting in. 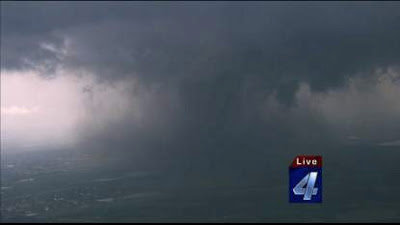 The 4Warn Storm Team and KFOR were prepared for a 3 day severe weather outbreak but we had no idea the magnitude and devastation that would unfold.

At least 8 tornadoes touched down in the Sooner state.  One of the first storms went up right over the Metro damaging homes in Edmond. 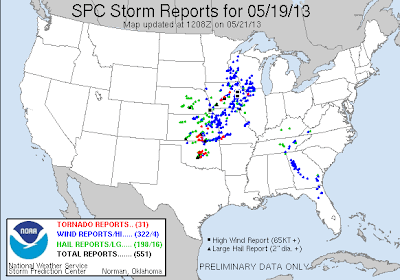 Photojournalist Kevin Josefy and I chased the second tornadic storm that went up near Norman, Oklahoma.  The tornado dropped over northern Lake Thunderbird and hit western sides of Shawnee, staying on the ground until Prague, Oklahoma.  This tornado was a violent tornado with a preliminary rating of an EF4 on the Enhanced Fujita Scale.
May 20, 2013

After a busy day of covering severe weather, I put on my game face and prepared for another big day.  Looking at the high resolution forecast models that morning, I could tell the storms would fire earlier than typical tornado outbreaks which usually develop in the late afternoon during peak daytime heating hours.  The CAPE or storm energy was very high, well into 6,000 J/kg (for tornadoes you look for around 2,000 J/kg so this WAY surpassed it).  I also noted forecast significant tornado parameters as high as 7 (very high!).

Once again, photojournalist Kevin Josefy and I were on the chase.  Mike had us cover the Metro.  We fought traffic to intercept tornado and here is a play by play of what it's like to come face to face with a killer tornado. 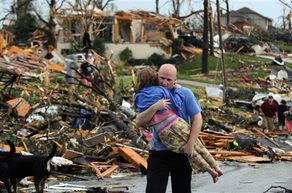 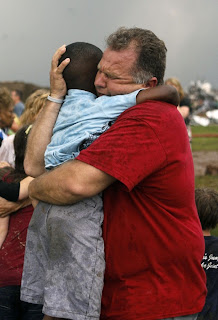 After taking a long nap this afternoon I woke up with a heavy heart.  I work out to relieve stress.  Despite the fact I am exhausted, I decided to take a long run and take a break from watching the non stop coverage.  About a mile into my run, I started sobbing.  So here I am running and crying and I did not even care.  These past 30 hours have been heavy.  I have powered through to keep it all together on the air but now it has sunk in that when I was a half a mile away from the EF5 tornado, I was witnessing people dying.  24 people died, 7 of them children.  The sky was pitch black and debris fell from the sky like a heavy rain shower.  Those were people's houses and lives falling in front of my eyes.

In journalism school we were warned that we will cover tragic events.  I haven't known true tragedy until now.  Over the past three and half years living in Oklahoma, I have grown to know and love the people of this state.  Oklahomans are generous and kind people.  While we grieve from this tragedy, hopefully we will find hope in the days ahead as we hear stories of survival and tales of heroes. 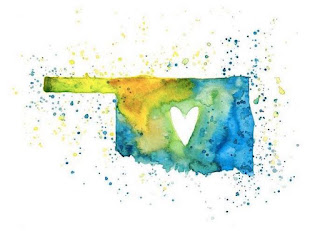 Today our station partnered with the Salvation Army to accept donations.  Here in Oklahoma we have what's called the "Oklahoma Standard."  This concept started after the Oklahoma City Bombing where instead of running away from the chaos, people ran into the danger zone to help others.  We have already seen a huge response from the people of Oklahoma.  So far we've received more than $50,000 in donations for various charities as well has much needed supplies. It's been incredible how local businesses are offering free services to those in need as well as raising money for the cause. Kevin Durant, NBA Thunder superstar even pledged $1 Million to the Red Cross!

If you are in Oklahoma, click HERE for local ways to help.